About your singing waiters Marcus Keith and Nathan Turner are two of the very well known and established in demand Northwest singers. Both artists are very sought after and have working in the industry for over 20 years performing for Weddings, Corporate and Celebrity events across the UK and abroad currently managed by  Big Entertainments

We booked ‘The Singing Waiters’ – Nathan & Marcus for our company 140th Anniversary ball. We had 190 staff there and can honestly say that every single person really enjoyed the entertainment the boys provided. The way they blended in with the hotel staff had everyone fooled and nobody was expecting the amazing floor show which followed. The comedy they provided along with their fantastic singing absolutely made our anniversary ball a huge success. I would highly recommend these boys for any corporate event or indeed any type of function as they will guarantee to have everyone up out of their seats, dancing, singing and having a ball! I will certainly be back to book them again in the future.
Thank you Nathan & Marcus for making our event a night to remember.

As a renowned entertainer Marcus Keith has become one of the most popular well known UK singers with a wealth of experience and more than 5000 performances Marcus has learned to adapt his performance accordantly to suite his audience. He has performed for royalty, celebrities and had numerous appearances on TV. Marcus Keith 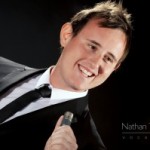 Nathan Turner is one to be watching out for he has become a much sought after entertainer and in great demand with PO cruise liners and Royal Caribbean. Nathan started his career in the West end playing theatrical parts in some of leading musicals. With an acting background and superb vocal ability this partnership with Marcus as Your Singing Waiters is a match made in heaven. Nathan Turner 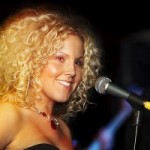 Claire began her musical career at the age of just 12 years old after winning her first professional role as Ann Cratchit within ‘A Christmas Carol’. Claire then began her training at North Cheshire Theatre College under the direction of David Johnson where she gained various lead musical roles including Linda in ‘Blood Brothers’ performing at the London Palladium. Claire Pritchard

Your singing waiters are represented by www.bigeventgroup.com

The big Event Group have a number of packages to combine your Singing Waiters with other entertainment services such as Marcus Keith or Nathan Turner as solo performers with DJ packages or alternative entertainments such as photo booth hire, chocolate fountains, ice sculptures, dance for hire and many other event service please  visit www.bigentertainments.com

Singing waiters now offering there services in the midlands and Birmingham areas with packages starting from as little as £300, also offering full bespoke packages including evening entertainments with there live band sound and live guitars also Disco services. We are offing a bespoke entertainment that will create memories that will last forever! 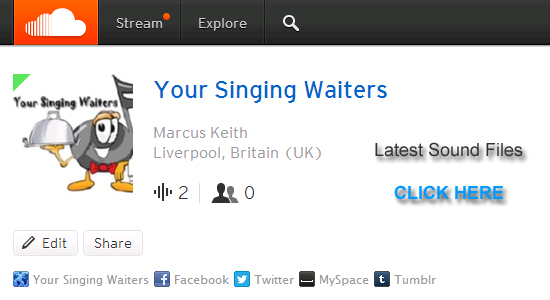 Here is the Music Player. You need to installl flash player to show this cool thing!

Wedding Singer available for hire in the Wales areas

Wedding Singer available for hire in the Chester and Cheshire areas

Wedding Singer available for hire within the Manchester areas

Available for hire as Wedding Singer in and around the Liverpool Areas
Nathan Turner Singer Big Event Group www.bigentertainments.com part of www.bigeventgroup.com